What began after the opening of the borders between East and West Germany with a handful of radio technology engineers has formed a globally successful, up-and-coming industrial company over the decades. digades is a globally successful, up-and-coming industrial company. Find out more about the company digades which dared to do something new in times of political, social and economic change and became a self-determined key player in the supplier industry by constantly questioning the status quo.

The 90s - the beginnings of a global company

7 specialists dared to take the step into the unknown shortly after the opening of the inner-German borders. Their courage was rewarded, because only two years later the ambitious digades team launched their first product "Radio Data" on the market and thus lay the foundation for all future projects. 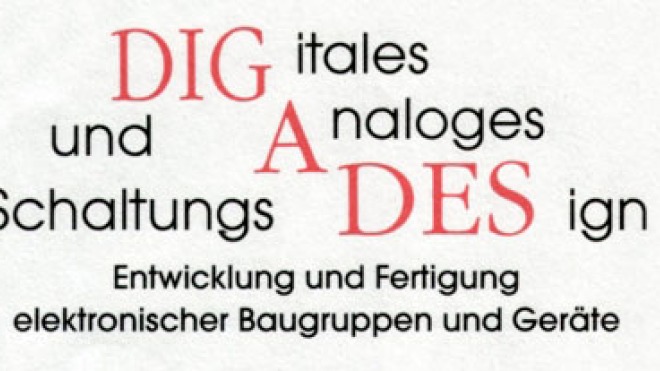 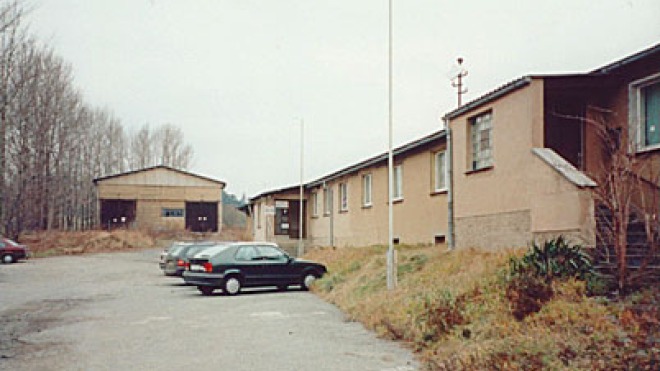 1992 – Move to the first business premises 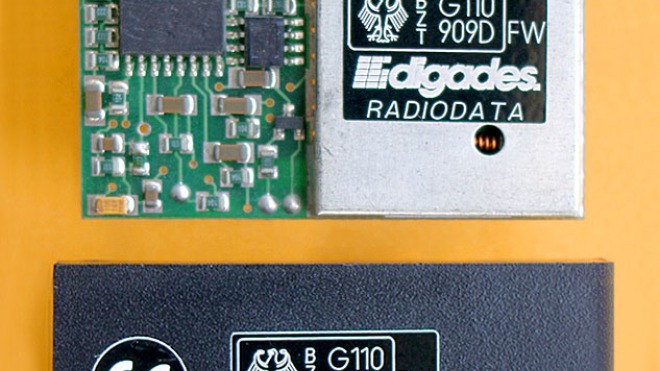 1993 – Radio Data, the first digades product, is launched on the market 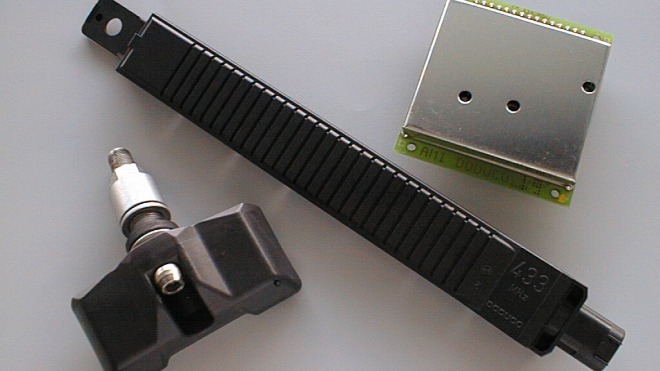 On 20 September 1991, a courageous team of seven radio specialists pooled all their courage and founded a development company in a time of uncertainty. The name: digades GmbH, digital and analogue circuit design. The engineering team started work at the company headquarters in Kittlitz near Löbau, Saxony.

In an old barracks in Kittlitz near Löbau, the development team began work on a unidirectional radio system in 1992.

Work on the unidirectional radio system "Radio Data" was successfully completed. This first product proved the sharp expertise as well as the passionate approach of the now 10-member development team.

Large corporations were now beginning to listen attentively. The radio specialist team had already made a name for itself in the industry after only a short time. Miniaturised electronics with outstanding signal range - that was definitely worth a closer look. Over the next few years, digades convinced its clients with an unusually pragmatic and clever solution finding. This also made it necessary to expand the business premises, which was accompanied by a move to the current location in Zittau. 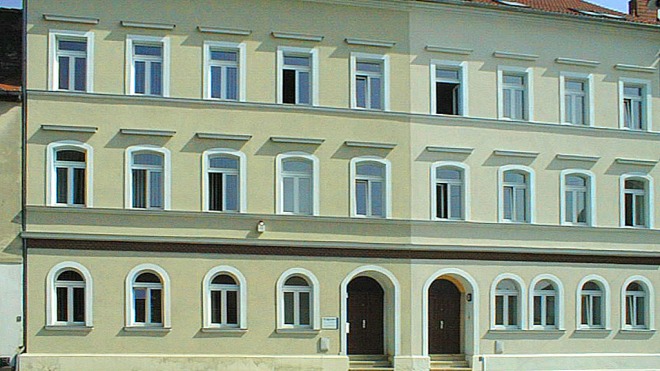 1997 – the order books fill up and digades moves 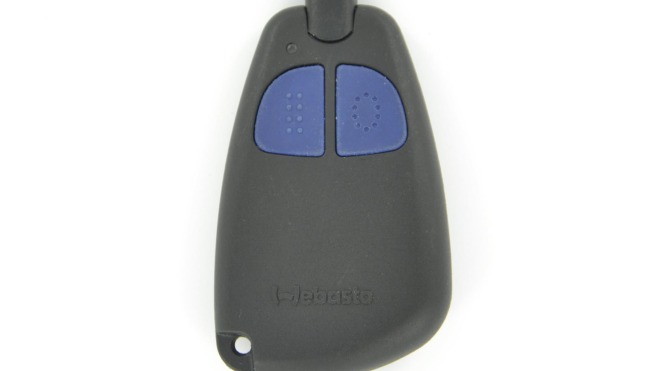 1998 – Start of production of the "Telestart" radio remote control system 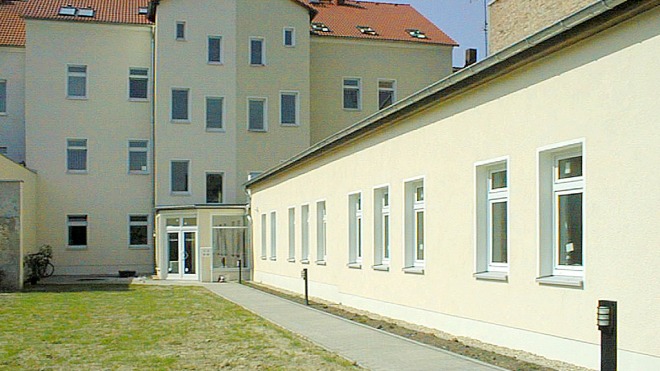 1999 – digades now manufactures on a large scale itself 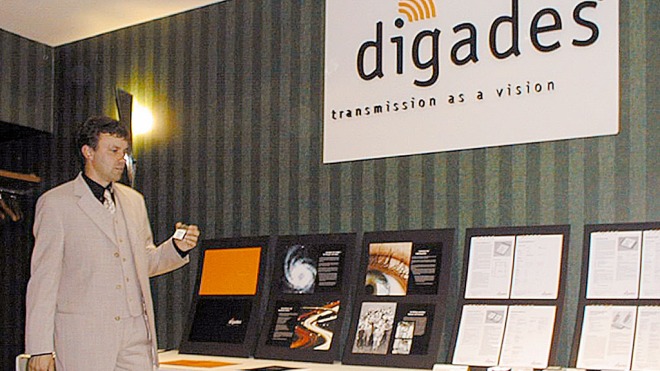 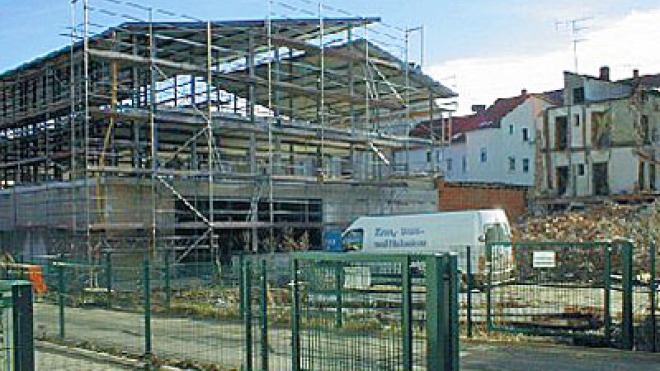 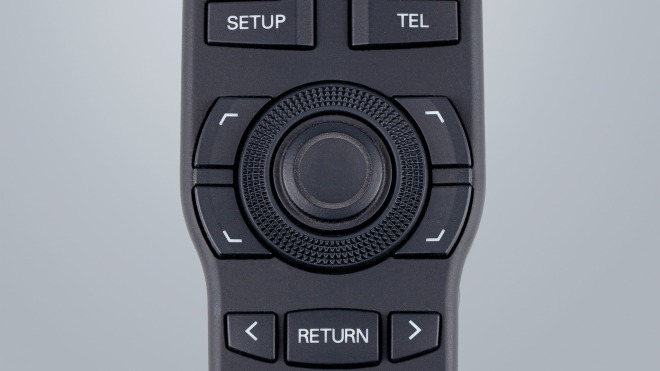 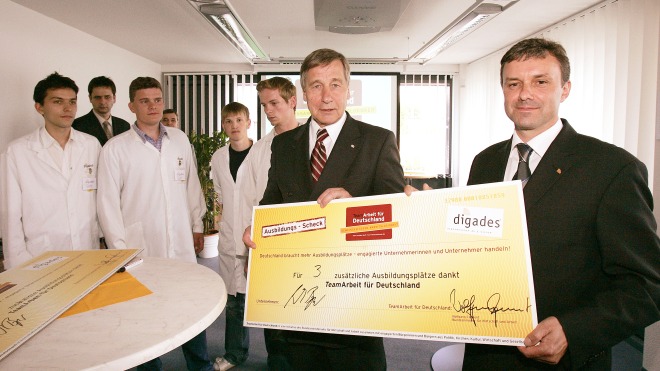 Large corporations were now beginning to be heard. The radio specialist team had by now made a name for itself in the industry.
After the successful DIN EN ISO 9001 certification by the recognised certification body DaimlerBenz Aerospace (DaSaZert), digades took over the order from the company WEBASTO Thermosysteme GmbH in November to develop a radio remote control for parking heaters.

digades received the development order from WEBASTO Thermosysteme GmbH for the world's first radio remote control system for car auxiliary heaters in the 869 MHz frequency band: "Telestart" T70. The system revolutionised the control of auxiliary heaters in the passenger car sector: significantly smaller, lighter and equipped with a much higher range than previous systems, the comfort for users increased enormously. In the meantime, digades is already producing the system in the 5th model generation.

On June 12, 1999, the first own production hall is inaugurated. The company invests around DM 1.8 million in the creation of its own printed circuit board assembly facility and in the expansion of its business premises by adding a production hall and in the renovation of an adjacent building. In the same month, the first own SMT (Sourface Mounting Technology) assembly line is ceremonially commissioned in the presence of the Saxon State Minister for Economics and Labour, Dr. Kajo Schommer, and other personalities from politics and business.

After students of the West German Academy for Communication (WAK) in Cologne participated in a competition announced by digades to develop a new corporate design for the company, the winning group presents the new corporate design of the company including a new company logo to the employees at a kick-off event in Zittau. In this way, digades stands out strongly from the green-blue standard mash of the competitors. The orange-coloured radio wave enthroned on the company name shows everyone what digades stands for: Radio know-how at the highest level, paired with the undaunted courage to break new ground in order to achieve the set goal.

After years of effort, several innovative radio remote control systems were developed in 2004:

With a visit in summer 2004, Wolfgang Clement paid tribute to the strong performance of digades GmbH on behalf of the Federal Ministry of Economics.

The global economic crisis in 2007/2008 has a strong influence on the automotive industry. Digades is holding its ground during this period and enters new territory. In the coming years the biggest changes in the company's history will begin. The business areas will be expanded in order to be able to better cope with future crises. In addition, there was a change in the shareholder structure. 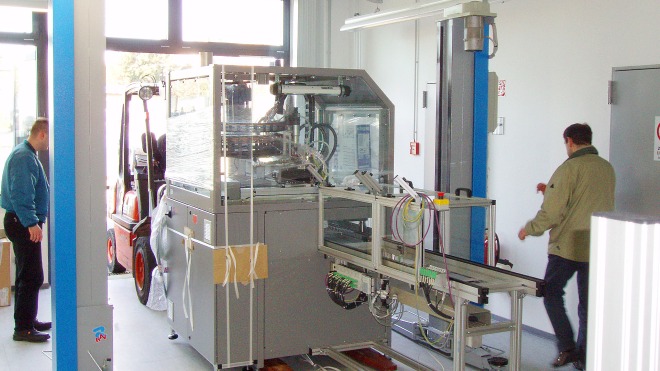 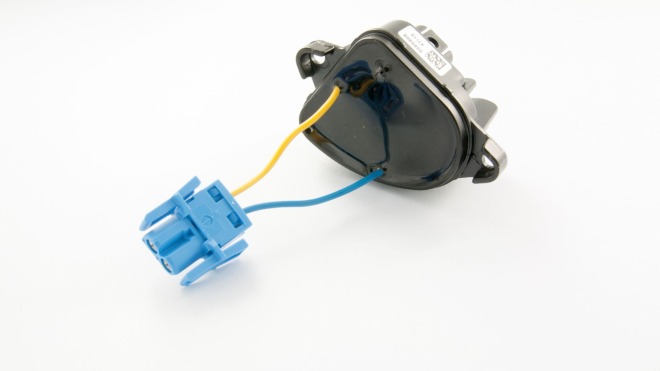 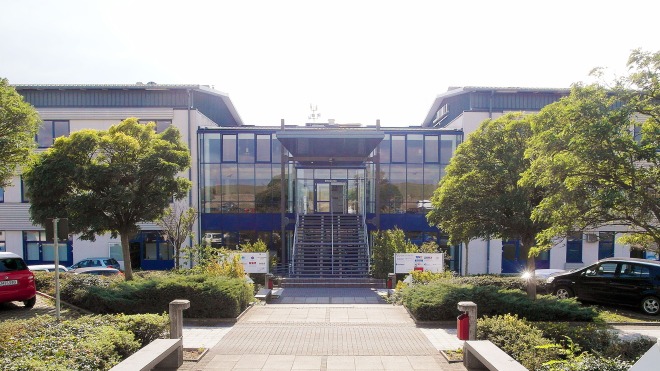 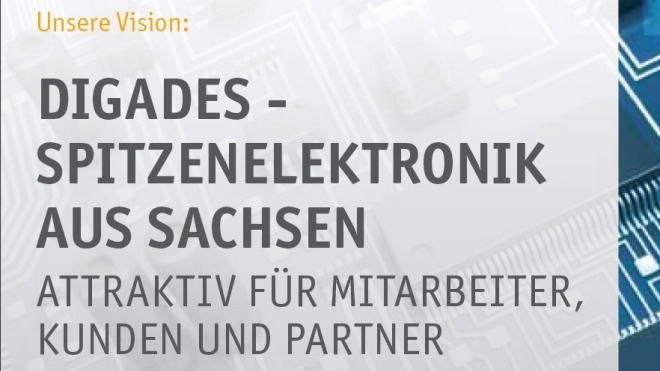 2010 – Culmination of an exciting decade 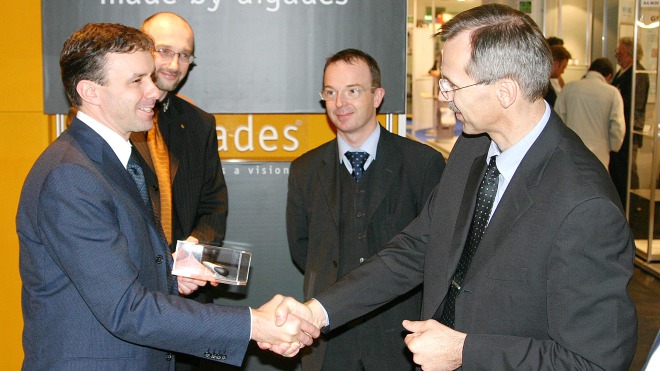 Digades consistently expands its own machine park, e.g. in 2006 with a new assembly and testing line.

With the development of special fuel pump electronics, digades succeeds in entering the motorbike sector. The system, called "FPE", regulates the delivery pressure and volume flow of the fuel as needed. A special synthetic resin encapsulation technology prevents the penetration of substances that lead to corrosion and meets the special requirements of motorbikes.

Digades opens a branch office in Nordhausen in order to be able to work the market more efficiently and intensify the cooperation with the local university.
While orders were received from companies such as BMW Motorrad, LIC Langmatz and Roche Diagnostics, digades successfully introduced SAP at the beginning of the year.

A new vision is developed together with employees from all areas and strengthens the company's basic understanding both internally and externally after the crisis: digades – top electronics from Saxony. Attractive for employees, customers and partners.

In September digades delivers the 500,000th radio remote control for parking heaters to the customer Webasto. Furthermore, digades is awarded the "Großer Preis des Mittelstandes" of the Oscar Patzelt Foundation. In this year, the development and production of the then "smallest radio remote control in the world", the Telestart T91, begins.

An era of growth

As a modern family business with grown values digades increases its number of employees to almost 200 people. Digades is awarded the title of best professional supplier according to strict quality criteria, now also develops and sells its own consumer products and establishes itself as a constant in the supplier market. 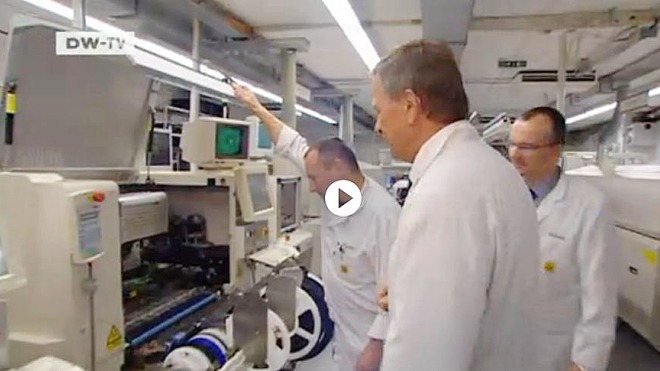 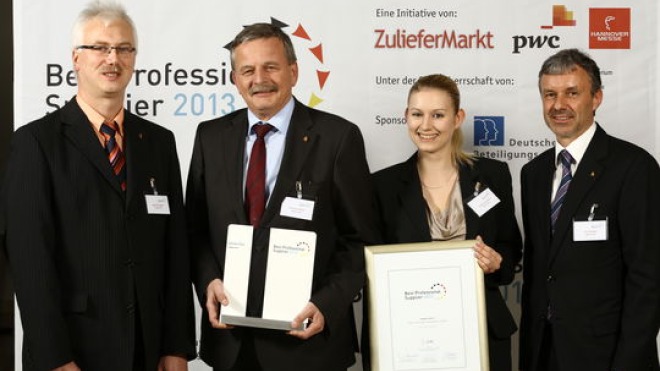 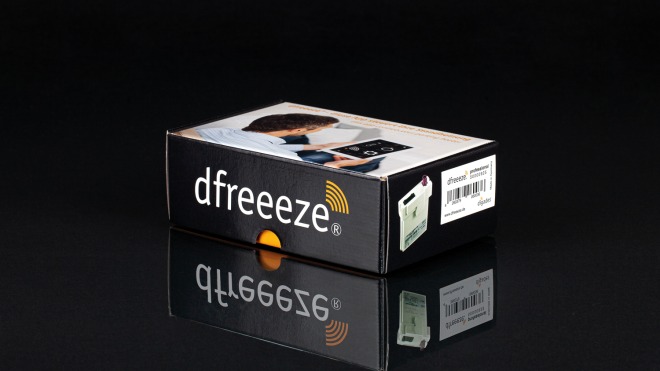 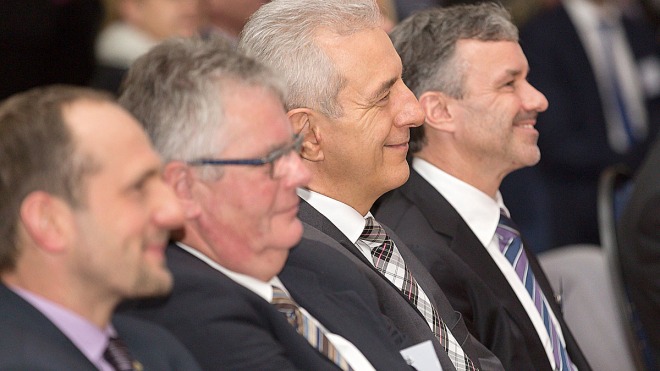 2014 – New production centre, the first own product and a world championship 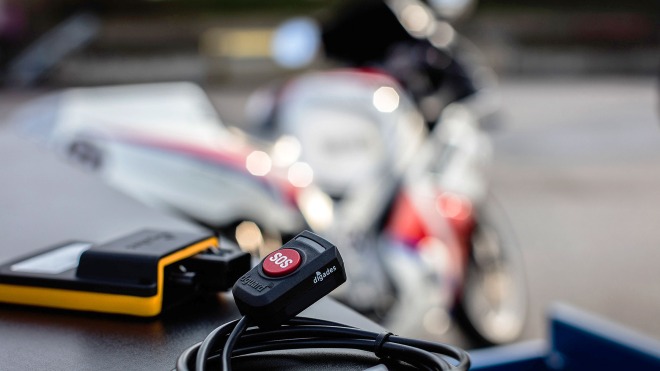 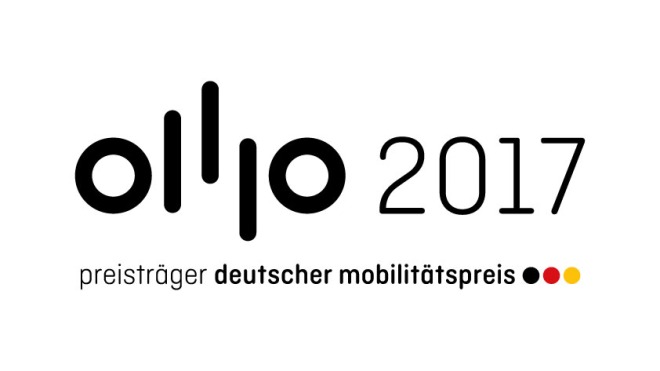 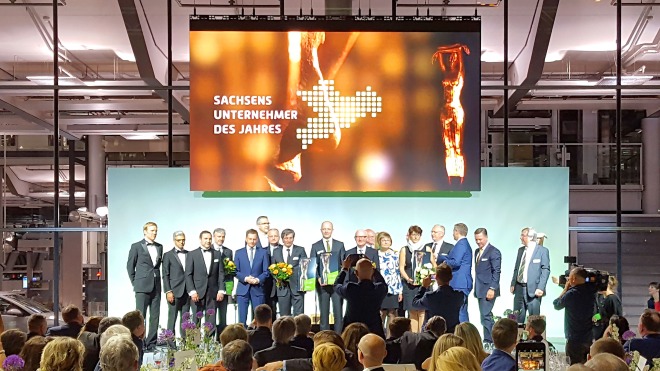 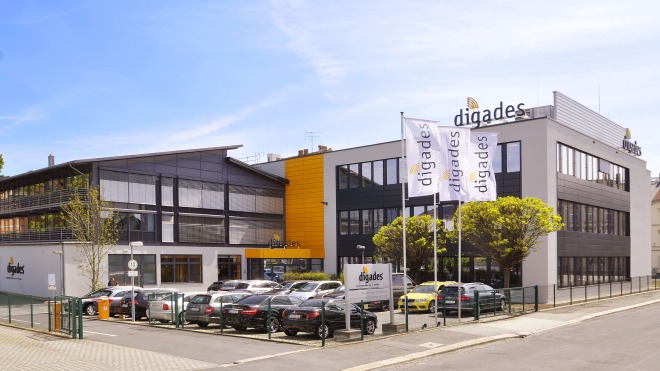 The new decade begins with a new management: one of the company founders, Lutz Berger, becomes sole shareholder and managing director. Under his leadership and with a new vision and mission, the satisfaction of customers, employees and partners is at the centre of the company's thinking and actions.

At the end of November 2013 digades was awarded the title of "Best Professional Supplier 2013". A survey and subsequent audit by PricewaterhouseCoopers evaluated the following criteria of the applicants: operational excellence, business model, sustainability, quality and profitability. The supplier competition under the patronage of the Federal Ministry of Economics was initiated by Carl Hanser Verlag, Hannover Messe and PricewaterhouseCoopers.

With the dfreeeze system, digades is launching an own consumer product for the first time. Early on, digades recognised that app solutions are an optimal supplement to the control of auxiliary heating systems in the vehicle. By means of a smartphone app, dfreeeze enables the safe, range-independent control of the vehicle's auxiliary heater.

After only a few months of construction, the new digades production centre was officially opened together with customers, employees and partners. The production capacity was thus increased many times over and the space freed up paved the way for a planned digades development centre.

Since 2013, digades has also been selling its own products directly to the end customer with the dfreeeze system, which was developed and manufactured in-house.

As a sports-mad company, digades became a premium sponsor of the 2014 ITU Cross Triathlon World Championships in Zittau. The company significantly expanded its support for the annual local cross triathlon championships.

Mr. Berger was also awarded this year's Upper Lusatian Entrepreneur of the Year award for his special significance for the region.

Sales of the digades product dguard – an emergency call system for motorcyclists – began in June 2016 with an official press event. In the event of an accident, it automatically contacts the rescue control centre and thus helps to save valuable seconds and minutes. dguard can also be a valuable aid in the event of theft: If the motorcycle moves after the ignition is switched off, the system warns the owner of unauthorized access and displays the current location coordinates on a practical map view. On this basis, quick decisions can be made.

dguard was already convincing all along the line when it was first presented at the EICMA 2015 and received the "Product of the Year" Award 2015 from International Dealer News.

In June, the Federal Ministry of Transport and Digital Infrastructure BMVI and the initiative Deutschland - Land der Ideen e.V. (Germany - Land of Ideas) awarded ten "Lighthouse Projects for Safe Mobility", including the digades product dguard, an automatic motorcycle emergency call system. The intelligent lifesaver was selected from all 170 entries because it stands for one goal above all else: to save valuable seconds by acting quickly in the event of an accident, thus reducing the consequences of an accident and saving lives.

The Managing President of the East German Savings Bank Association, Dr. Michael Ermrich, awarded digades the title "Company of the Year". The coveted award honours companies that assert themselves on the market with modern marketing and creative potential and create permanent jobs through stable growth.

Since May 1, 2018, Lutz Berger and his son Dr.-Ing. Sascha Berger have been managing the family business together, thus ensuring a stable generational change at an early stage.

In the competition "Saxony's Entrepreneur of the Year", the management was able to convince the jury and achieve a place among the top 5. Saxon success stories were the focus of the award: People who demonstrate Saxony's economic potential with commitment, creativity and courage every day.

A new digades era began with the inauguration of the new development centre at the beginning of the year. With the three-storey building and a usable area of approx. 2260 m², the best and most modern working conditions are created for the employees. The investment volume of the project is approx. 7.5 million euros.

With the beginning of the Corona crisis, digades once again proved itself to be a stable and forward-looking company. digades is breaking new ground and also establishing its own consumer brand for motorcycle products with TILSBERK. 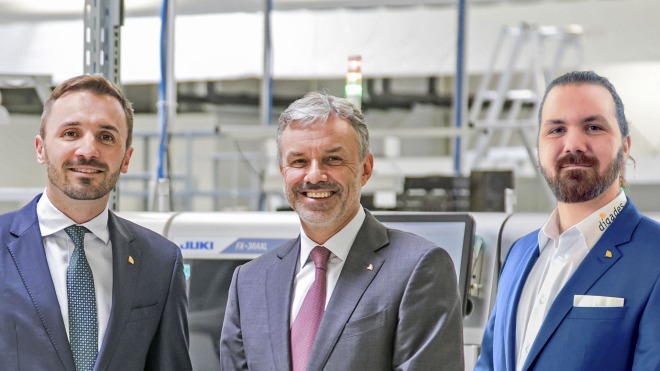 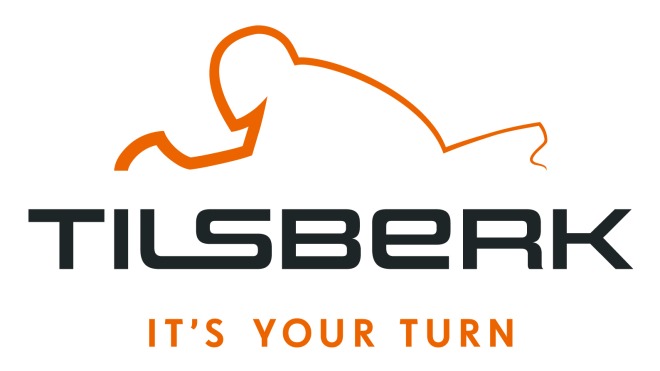 2022 - Launch of the own consumer brand TILSBERK: Simple and safe motorcycle products made in Germany 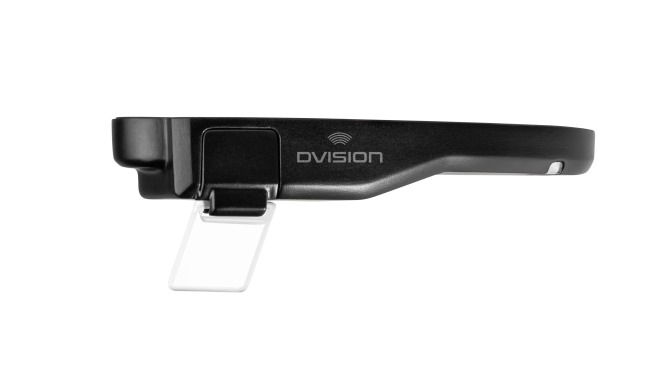 •    Dr.-Ing. Sascha Berger and Dipl.-Ing. Tim Berger are now managing the family-owned company as equal executive directors
•    Kerstin Berger continues her work as member of the management board and authorized signatory of the company
•    Lutz Berger moves to the company’s advisory board

2022 - digades breaks new ground and establishes its own consumer brand for motorcycle products with TILSBERK. The brand name TILSBERK is composed of the first and last names of the digades founding family TIm, Lutz, Sascha, BERger and Kerstin. At the launch of the new brand, DVISION, a head up display for motorcyclists, will also be introduced to the market for the first time. In addition to established retail partners, digades also relies on its own online shop for the distribution of its own products DVISION and DGUARD, now bundled under the brand of TILSBERK: www.tilsberk.com.

2022 - Sales launch of the third own product: DVISION - Head-up display for motorcyclists